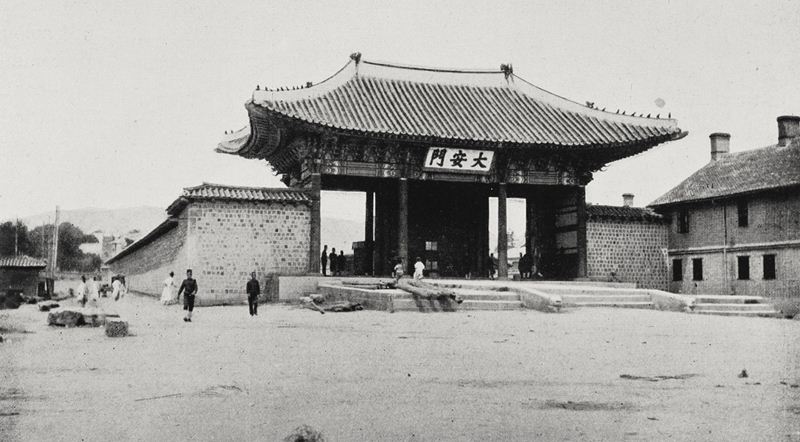 Daehanmun’s original name was ‘Daeanmun’ which means ‘national prosperity and the welfare of the people’, on the other hand, Daehanmun gate, new name changed from Daeanmun gate in 1906 means ‘Seoul will prosper.’ The current location of Daehanmun is not the original point that It was first located. It used to be erected about 33 meters far away from the current location. During the Japanese colonization period, Taepyeong-ro was expanded and it took up a large part of the east of Deoksugung Palace.
After liberation, there was once the time Daehanmun gate was left alone in the middle of the road as the palace wall was moved back and its road was expanded. Deoksugung palace had once the main gate, Inhwamun which faced the south. However, since the road in front of Inhwamun was narrow and the use of Daeanmun was increased, it naturally became the main gate of Deoksugung Palace. According to the record, a signboard which said "Daeanmun" was set up in 1899 and it was changed to "Daehanmun“ in 1906. 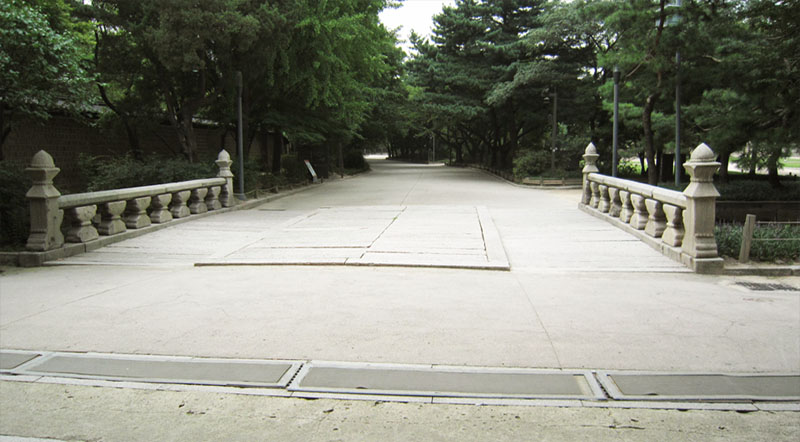 Geumcheongyo was a bridge to go across Geumcheon (sacred pool that each royal palace had) and it was also a sign of separation between the sacred space of the King’s residence and the outside world. Since two arches remain below the Geumcheongyo, you can compare it with the Geumcheongyo in other palaces. 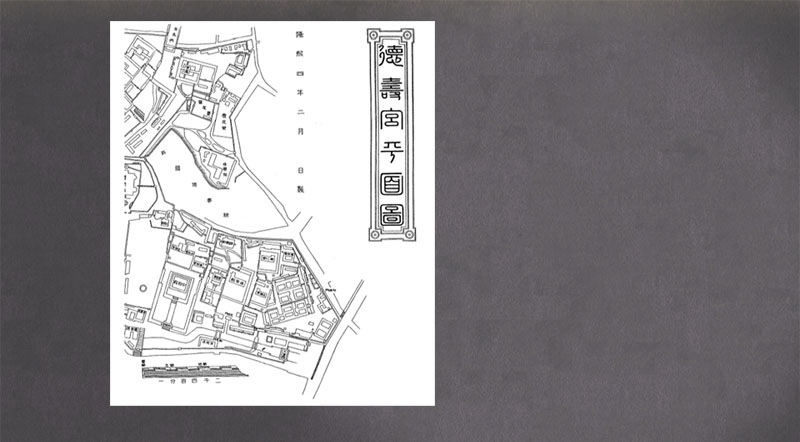 Gwollaegaksa was the offices where the Palace’s managerial officials used to work. The Royal Family’s servants and the Palace’s administration officials who looked after facilities of the palace used to be here. The offices do not exist today however, during the Korean Empire period, these offices were present all the way up to the Seoul Square. After the Japanese colonial period, many parts of Deoksugung Palace were turned into a park and many buildings were demolished. Therefore, unfortunately, it is not possible to find traces of these offices. 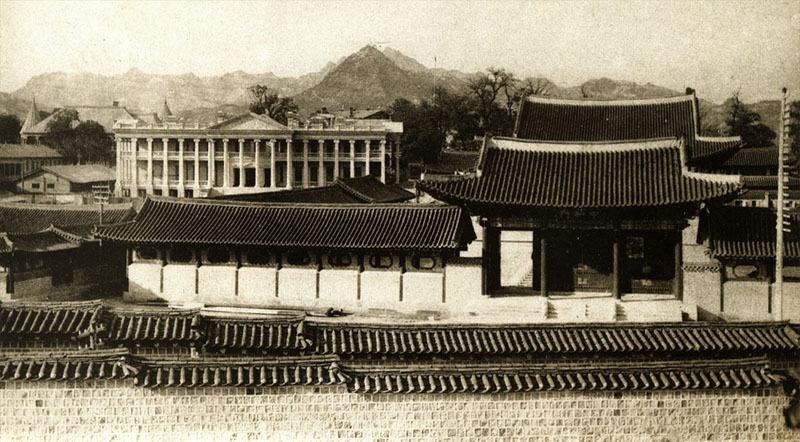 Junghwamun is the main gate of the main throne hall, Junghwajeon. It was rebuilt in 1906 when Junghwajeon hall was reconstructed with a single-tiered roof after the massive fire in 1904. There are two dragons carved on the stone slab called Dabdo at the foundation of Junghwamun. This is a unique characteristic of Deoksugung Palace while other palaces have phoenixes carved in granite. 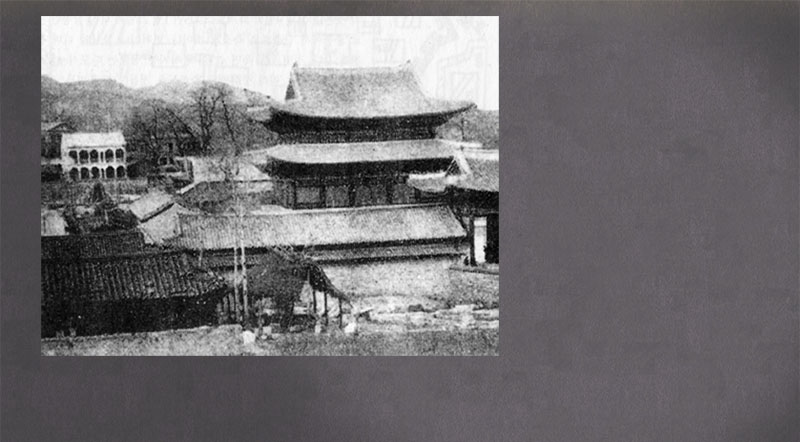 Junghwajeon Hall was the most important throne hall in Deoksugung Palace. Each royal palace has Oejeon (Outer Halls), Naejeon (Inner Halls), Donggung (Crown Prince’s Quarters), Huwon (Back Garden), and Gwollaegaksa (Inside Palace Offices). This throne hall was the center of the Outer Halls where the Emperor officially met his subjects and greeted important envoys from overseas. It was also a place for ceremonies like a coronation. When King Gojong returned to Gyeongungung Palace and established the Korean Empire, he used Jeukjodang as the main throne hall and changed its name to Taegeukjeon. However, when his modernization projects were successful, he wanted to show his authority more greatly by building Junghwajeon In 1902. The name ‘Junghwajeon’ was also a prayer for the Korean Empire to maintain its independence and peace despite the attacks of the Great Powers. 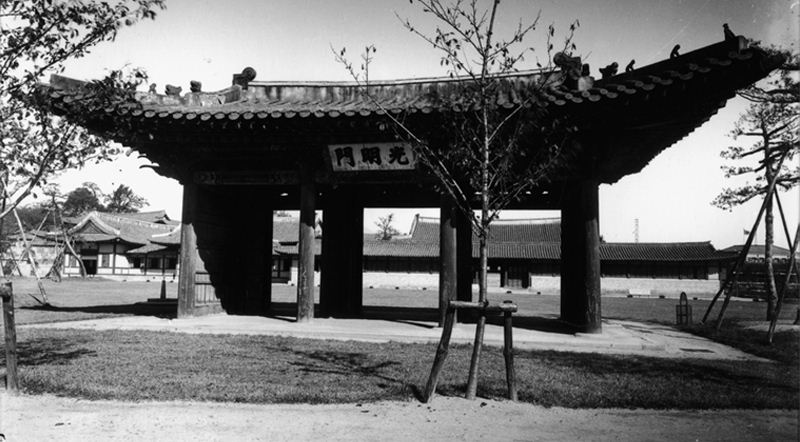 Gwangmyeongmun Gate, which served as the entrance to Hamnyeongjeon Hall, the official residence of Emperor Gojong (r.1897~1907), was built just after the proclamation of the Korean Empire in 1897. However, Deoksugung Palace was seriously damaged in the colonial period (1910~1945), resulting in the demolition of the corridors flanking Gwangmyeongmun Gate and, eventually, relocation of the gate itself. The gate was returned to its original location in December 2018 as part of the plan to restore Deoksugung Palace. 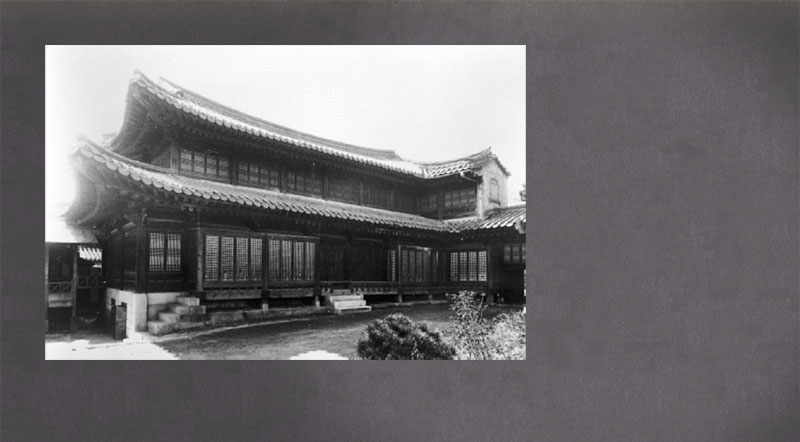 When King Seonjo returned from the escape to Euiju during the Japanese Invasion in 1592, both Gyeongbokgung and Changdeokgung Palaces had been burnt down. Therefore, houses, which Prince Wolsan’s family members were living in, were selected to be used as a temporary residence for the king. This is the beginning of Gyeongungung’s history. Seogeodang was mainly used by King Seonjo and this is why it was named as ‘the house where a very old king once lived.’ This is also where Gwanghaegun asked for forgiveness to Queen Inmok after she was re-called to the Palace. However, this historical place was destroyed during the 1904 Deoksugung Palace Fire. Today’s Seogeodang was rebuilt in 1905. As Seongeodang is a two storied building which was not painted, it creates a classical elegance. 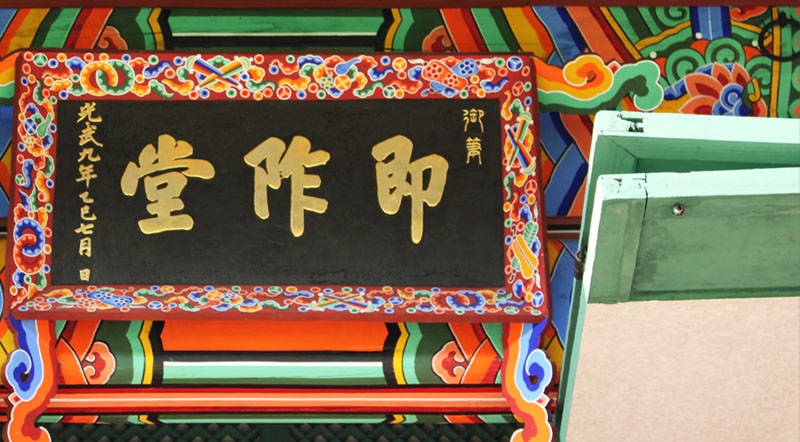 Jeukjodang Hall is where King Injo was crowned. To commemorate King Injo’s coronation, King Youngjo stopped by at Jeukjodang and wrote a signboard saying ‘GyehyeJeukjodang’, it is where the name of the place originated. ‘GyehyeJeukjodang’ means ‘Injo, the King crowned in the year Gyehye’. When Emperor Gojong returned to Deoksugung Palace after his escape to the Russian legation, he chose Jeukjodang as a main throne hall because there was no other proper halls for it. And he changed its name Jeukjodang to Taegeukjeon. However, after Junghwajeon was built in 1902, its name was changed back to Jeukjodang again from Taegeukjeon. The original building was destroyed during the 1904 Deoksugung Fire and today’s Jeokjodang was rebuilt in 1905. 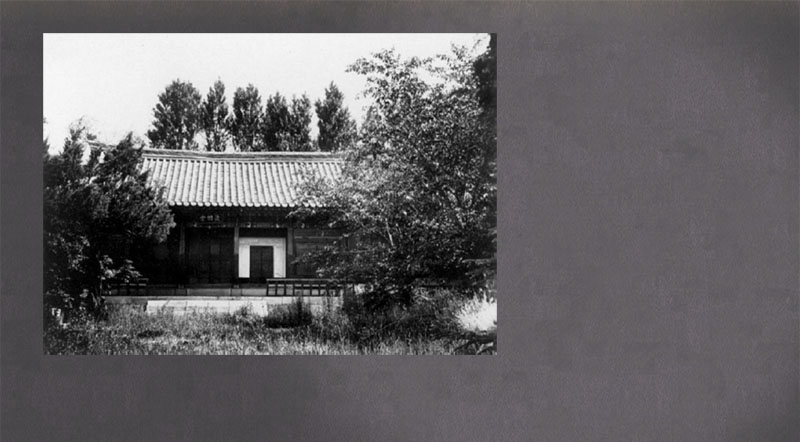 Junmyeongdang was rebuilt in its reconstruction process after the great fire of Deoksugung Palace in 1904. This place was not only used by Emperor Gojong to meet his subjects who took care of royal tombs and spirit tablets but also it was used as a place for young ladies in case of a selection of a spouse for the royal family. Therefore, this place can be understood as a formal ceremonial building. Jungmyeongdang was also used as a kindergarten for Gojong’s daughter, Princess Deokhye who was born after the forceful annexation of Korea and Japan. So, Princess Deokhye and several young children from noble families attended the kindergarten, and sometimes, Emperor Gojong handed out writing brushes and ink sticks to the children himself. 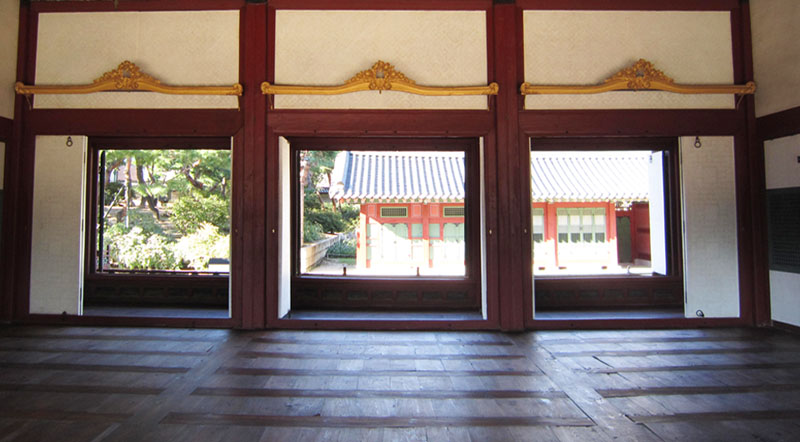 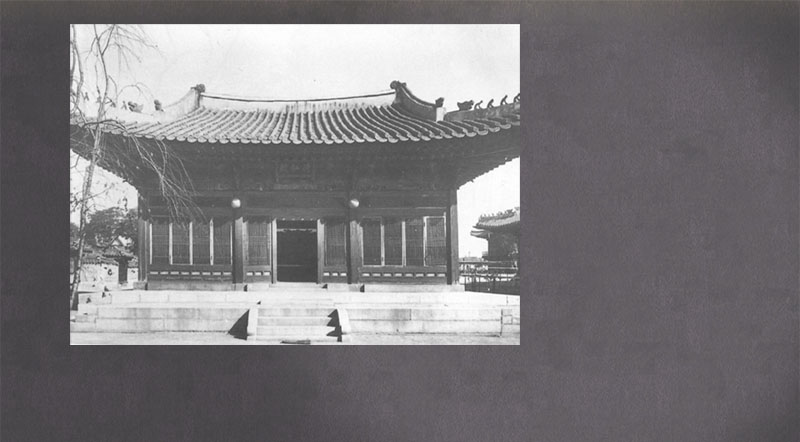 Gyeonghyojeon was built as a spirit hall to honor Empress Myeongseong who had been murdered by the Japanese in 1895. In 1912, Deokhongjeon was constructed at the same place and a painting was installed on the wall. It was used to receive high ranking officials. Inside Deokhongjeon Hall, western style lightings and curtains are installed and its main gate is designed with Western style doors. 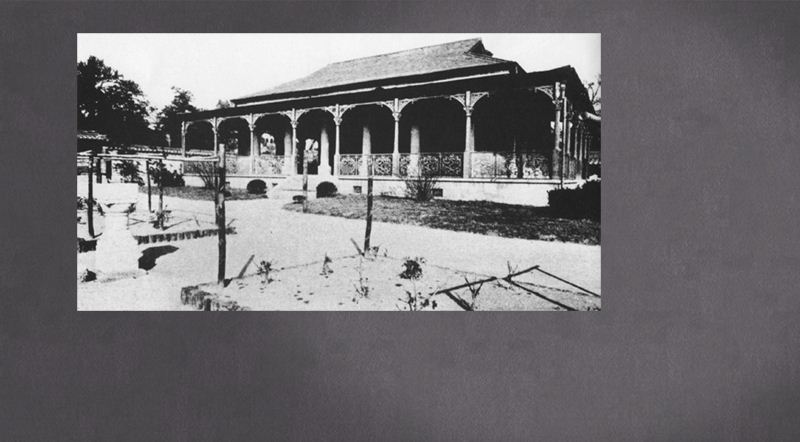 The name ‘Jeonggwanheon’ means ‘the place where one looks down in peace.’ Jeonggwanheon has a unique architectural style combined with the Korean traditional roof and Western style pillars. The inner part of Jeonggwanheon used to be surrounded by brick. According to the historical records, the portraits of Gojong and Sunjong were painted and stored here. The exterior decoration of Jeonggwanheon is designed with various animals and plants including bats standing for good fortune, deer and pine trees for longevity, and lastly, dragons for the emperor. 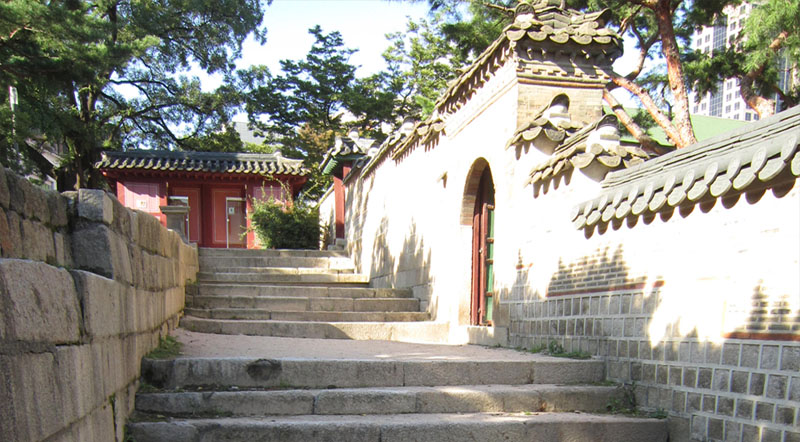 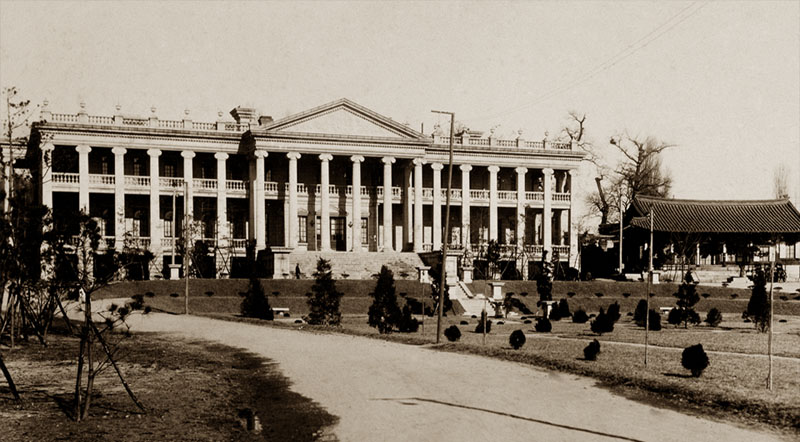 Seokjojeon Hall is a western style Royal Palace that indicates Emperor Gojong’s active attempts to adopt advanced western culture and civilization for the modernization of the Korean Empire. Seokjojeon (Stone Palace Hall) was named because of the materials used to build it. Instead of the traditional architectural materials such as wood and mud, stones were used. Emperor Gojong used this place to greet important guests from other countries and for his office administration. The construction of Seokjojeon began in 1900 and ended in 1910 when the Korea-Japan Forced Annexation occurred. Because it was completed towards the end of the Korean Empire era, it was never fulfilled its purpose. The plum flower pattern, a symbol of the Korean Empire, at the top front of the building shows that it is a building of the Korean Empire. During the Japanese colonization, King Yeongchin used this place as his residence whenever he returned to Korea. After the liberation from Japan, the US-Soviet Joint Commission Meeting was held here, and also it was used as a national museum of Korea and an art museum. Seokjojeon Hall is now open to the public as the Daehan Empire History Museum. 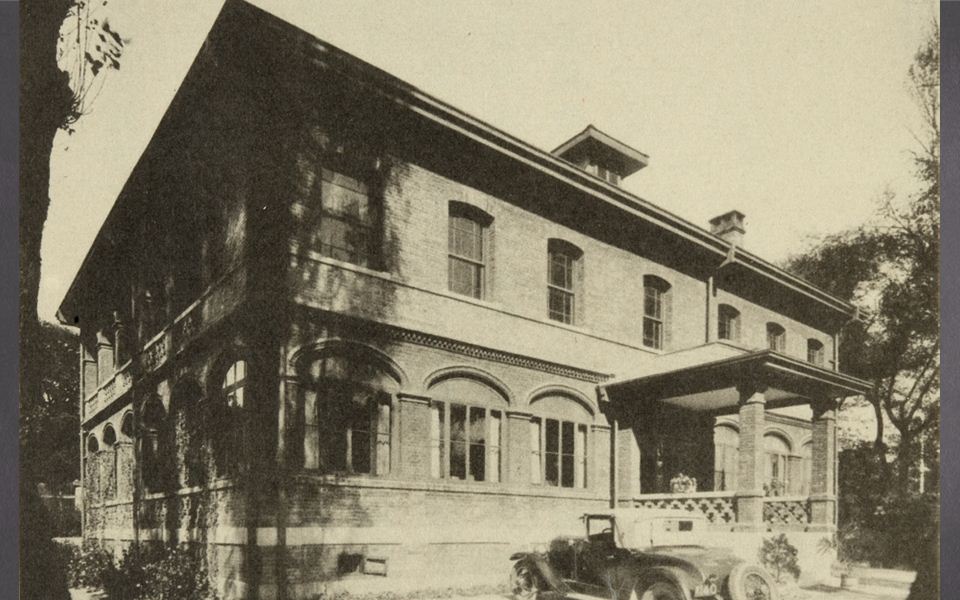 Jungmyeongjeon was called “Suokheon”, when it was first used as an imperial library. Emperor Gojong stayed here due to Deoksugung Palace Fire in 1904. Its name was changed into Jungmyeongjeon later.
In 1905 Eulsa-year treaty (The Protectorate Treaty between Korea and Japan in 1905) which took away the diplomatic sovereignty of Korean Empire was signed in Jungmyeongjeon. So Gojong dispatched diplomatic envoys to international peace conference held in Hague, Netherlands to announce to the world the brutality of Imperial Japan. However they were unable to enter the conference by the Japanese interruption. As a result, Emperor Gojong was forced to abdicate the throne to his son by the Imperial Japanese. 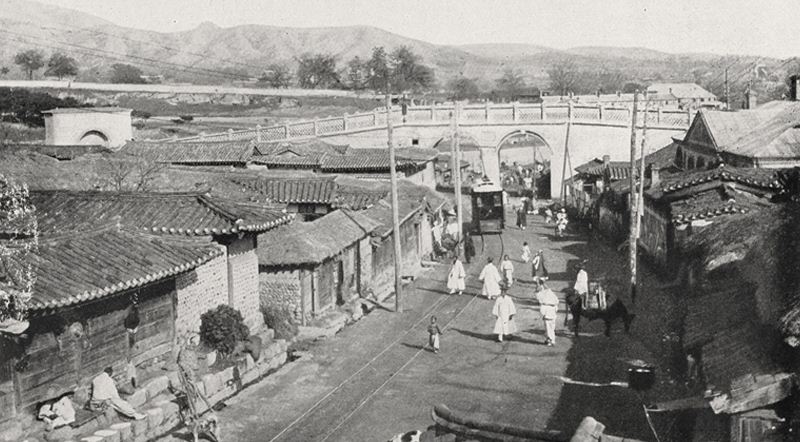 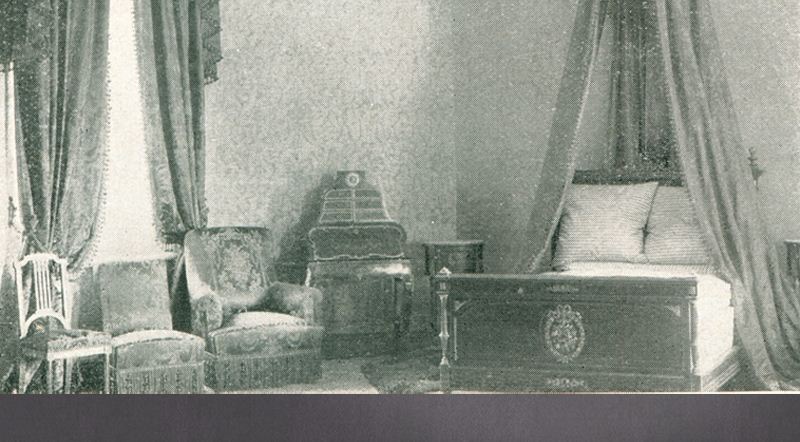 Dondeokjeon was one of the representative western-style buildings behind Seokjojeon. It is also recorded as one of the buildings which were not burned down by Deoksugung Palace Fire in 1904.
Dondeokjeon was used by Imperial Prince Sunjong as a place for meeting foreign envoys from several countries. It is said that Sunjong’s coronation was held in this building after Gojong was forcefully dethroned by Japan in 1907.
Dondeokjeon is western-style building which is built of brick. The railing with a plum flower pattern shows that it was an imperial building. 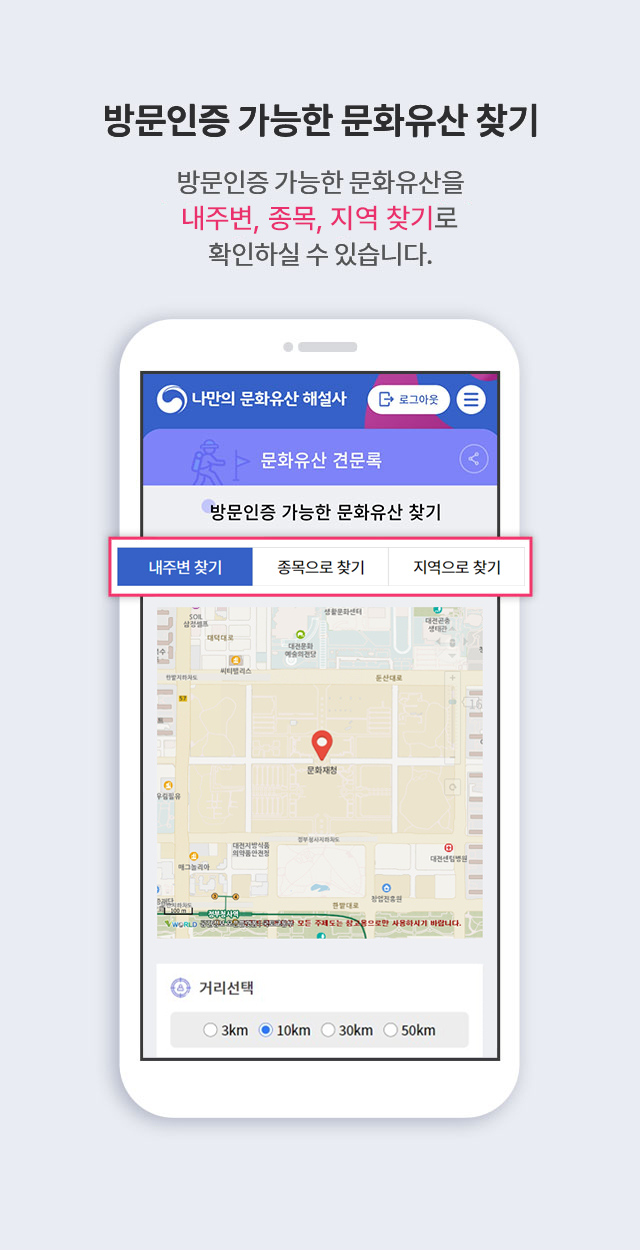 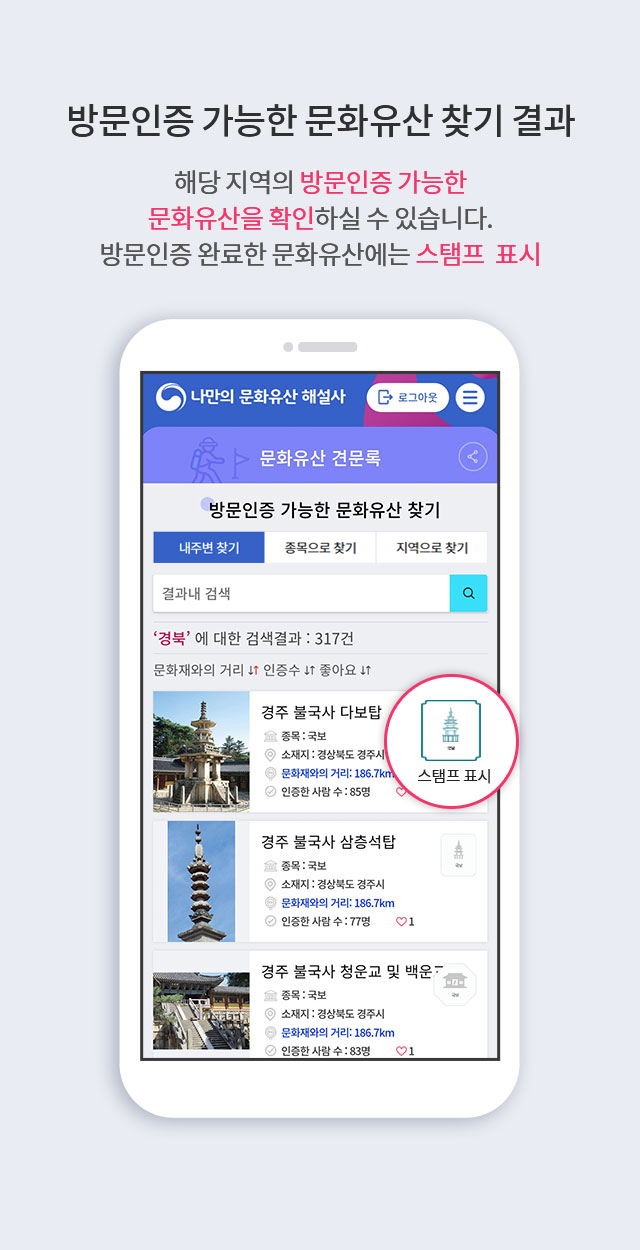 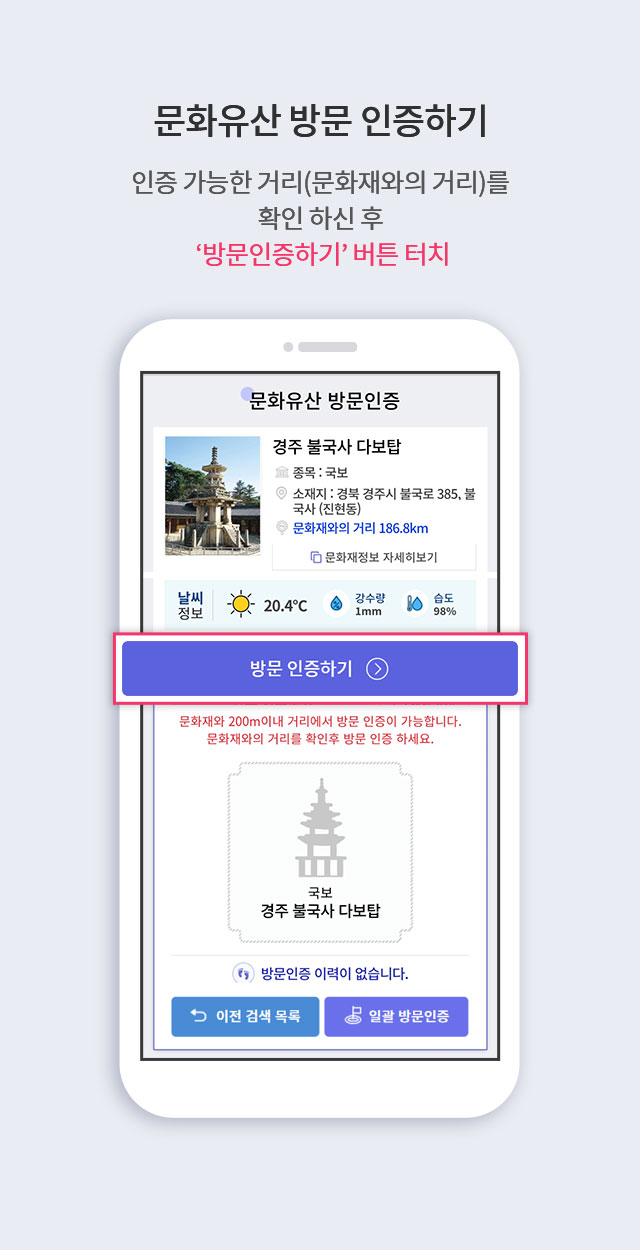 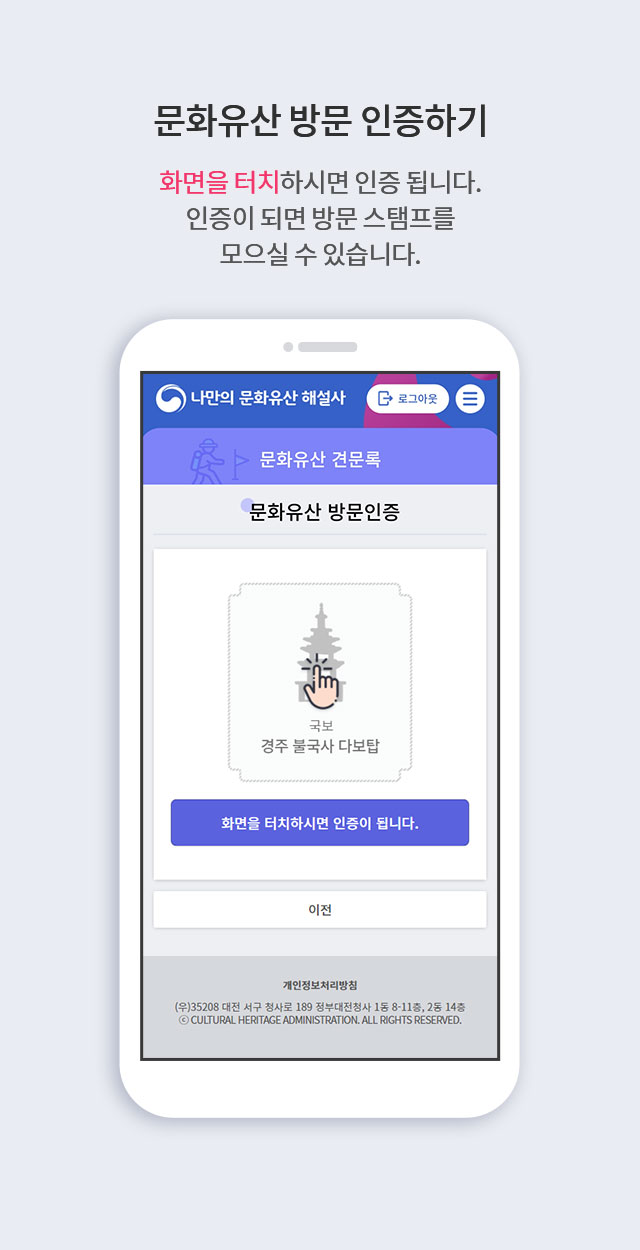 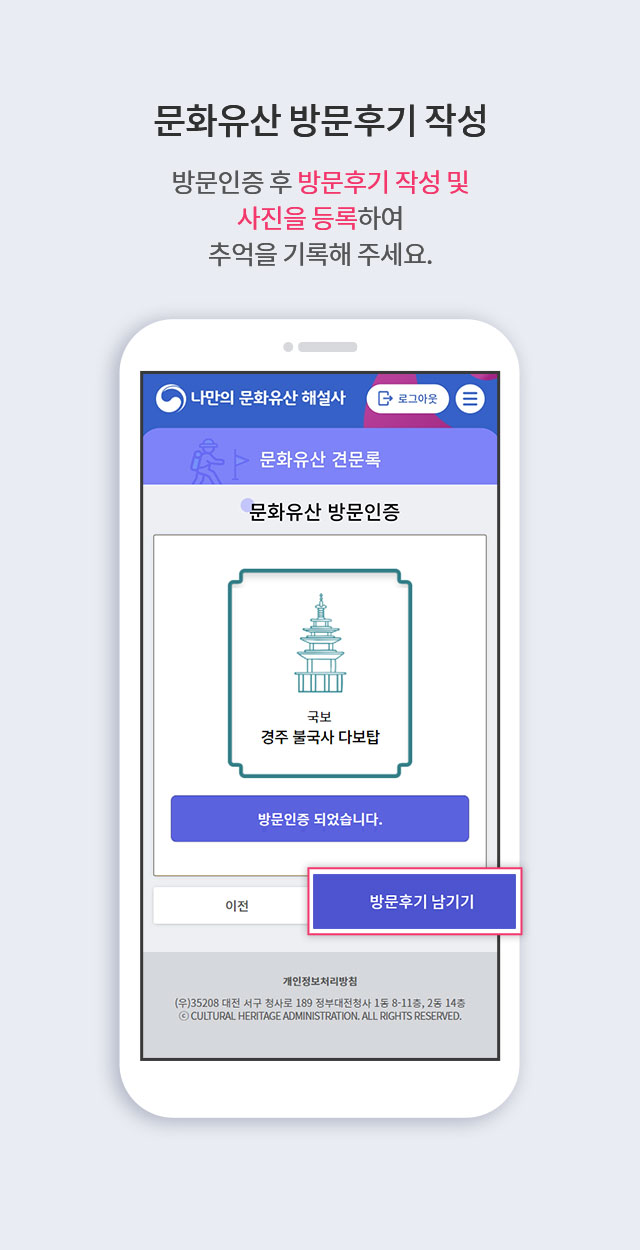 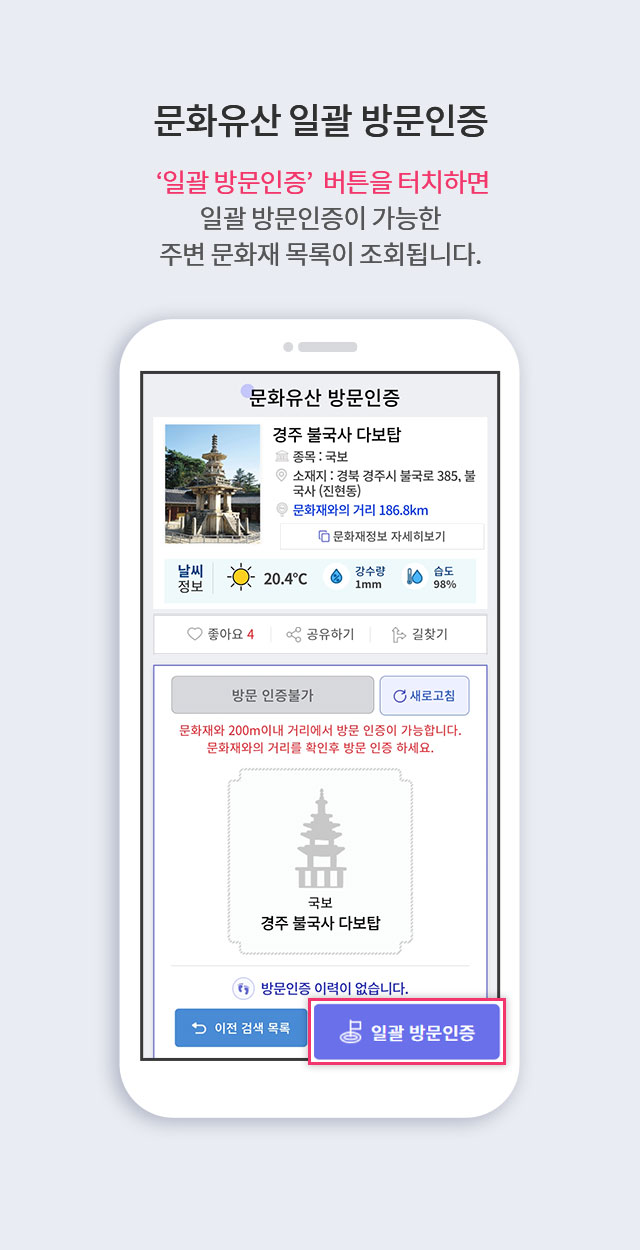 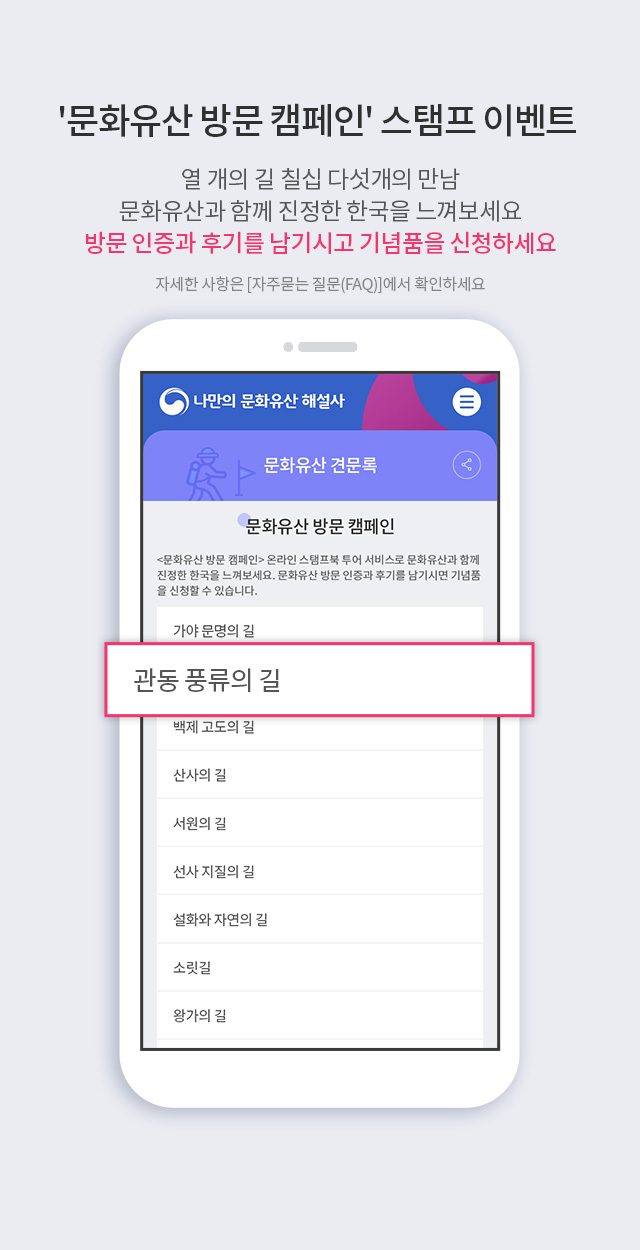 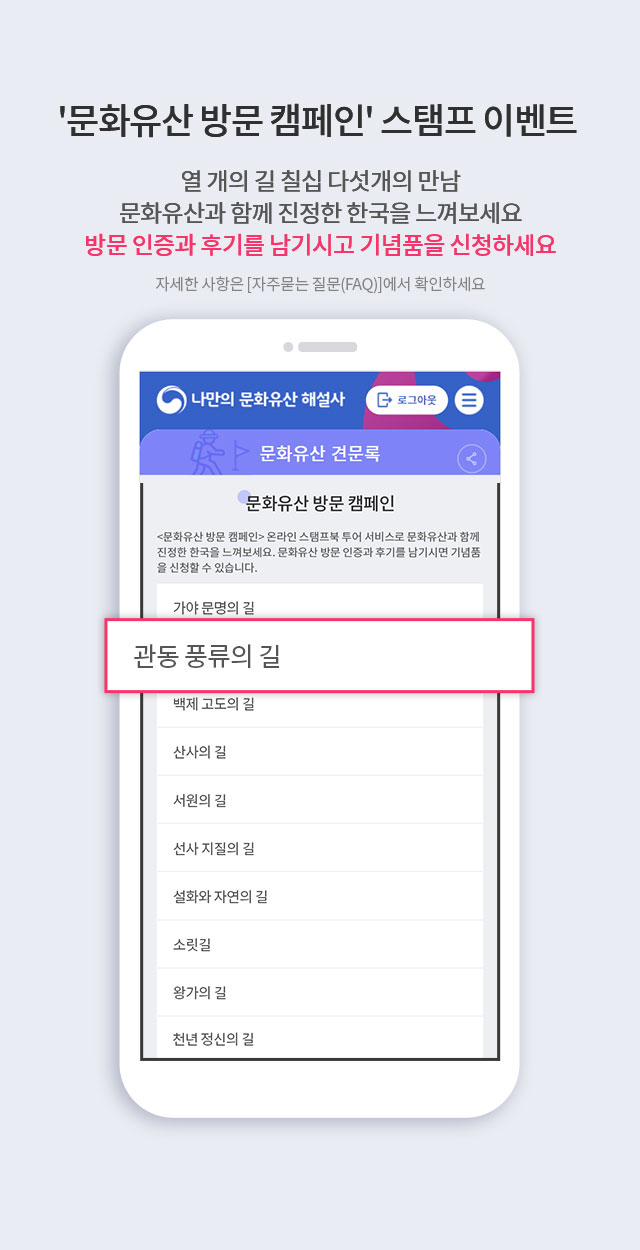